Ronny Cox has been writing songs and telling stories for over four decades. As a singer and songwriter he has released five albums of country and folk-style music. Most people know Ronny as the actor playing guitar in the famous “dueling banjos” scene in the film Deliverance. Over the years, Ronny has appeared in over one hundred and twenty-five films and television shows. Don’t miss this great performer! 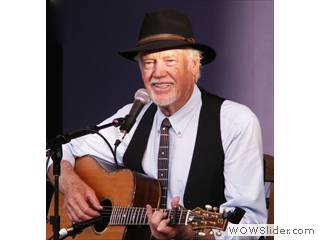