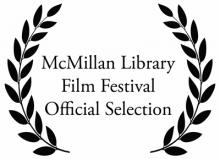 McMillan has brought a different kind of film festival to Wisconsin Rapids. Like most film festivals, we are showing a selection of limited release, foreign, documentary and regional films. Unlike other festivals, the films are shown throughout the year. When possible, we bring in those involved in the making of the films, in support of the Digital Media Studio.